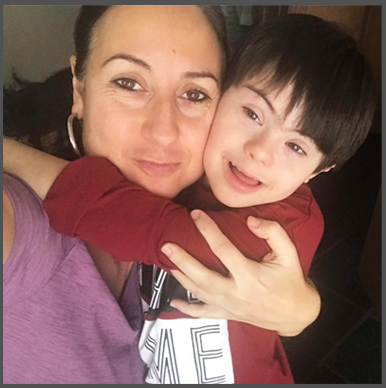 Mary Kapetanos has been working as a Montessori Teacher at the Elementary Level for the past 16 years. She earned her Bachelor of Arts Degree with Honours from the University of Toronto in 1999 and majored in linguistics. In the year 2000, Mary received her Montessori Diploma from the Toronto Montessori Institute (TMI) in both the Primary and Elementary levels.

Mary’s passion to start her own Montessori School was a result of working in an environment that had lost the true meaning of the Montessori Philosophy. Two-year-old children were being interviewed, observed and tested. They had to fit into a certain “criteria” to be considered for the Casa program. There was no opportunity for each child to grow and develop as individuals at their own pace. The needs of the child were replaced with the expectations from administration. The school became very robotic and lost respect for each child as an individual personality with unique talents.

Mary decided to stay true to the Montessori Philosophy and open a school where the needs of the children came first, free of competition and limitations, allowing the child to develop at his or her own pace, according to their own capabilities. A quality Montessori Education means that each child is valued as a unique individual, bringing his or her own natural desire to learn into the Montessori classroom and allowing the program to provide the children with the foundations for future growth.

Mary is a proud mom to Georgio, a 6-year-old boy, born with Robertsonian Translocation Down Syndrome, who is thriving in the Montessori environment. Mary is an active parent mentor for the Down Syndrome Association of Toronto and enjoys spending her time with her family and her little man.

“Free the child’s potential, and you will transform him into the world” – Maria Montessori